The Price of Satisfaction 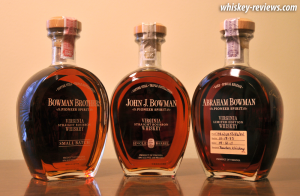 Let’s be real here.  Whiskey is pretty darn expensive.  Take it out of context for just a moment.  When would you ever spend $10 for a bottle of liquid just bigger than a Gatorade bottle?  Now consider that this particular bottle is on the far low end.  In fact, it’s barely drinkable!  If you want something worth enjoying, you’re typically spending double to triple that amount.  And that’s for a domestic whiskey.  Let’s pretend that you want to explore the whiskeys from across the pond.  For that same “barely drinkable” whiskey, you’re paying even more than the so-so whiskeys from your native country.

Surely one of the reasons my peers don’t share my love of quality whiskey is because they don’t see the benefit of the investment.  Can you blame them?  When you’re spending an entire day’s pay on a bottle that may last you two or three nights (depending on who you’re sharing it with), it does sound a bit ludicrous.

I often wonder where the whiskey industry will be in thirty years, when I’m in my mid-fifties, and by today’s standards, part of the ideal whiskey-loving demographic.  Will anything have changed on the side of the industry?  What about the customer?  Will a lack of demand by young people today create a lack of demand in the future?  Will I be drinking well whiskey rather than Ardbeg by my mid-life crisis?

I’m sure the whiskey big-wigs have considered these variables to great lengths.  Perhaps they have a great plan to gradually reduce prices and market their products differently.  Maybe, just maybe, they’ll make whiskey “cool” again for young people.

I sure hope so.  Whiskey would be a terrible thing to waste.