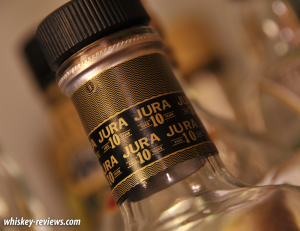 Ah yes, the benchmark by which we measure “good” whiskey; age.  When we see a 10, 12, 15, 18, or 21 year old, we immediately assume an ascending level of quality.  At least that’s what we’ve been conditioned to think.

Age statements can tell a story, and certainly aging whiskey is important – but it’s not always the definition of the whiskey’s quality.

A variety of processes prior to aging can affect the whiskey that you drink, but the time spent in the cask is what gives it its color and much of its taste.  Letting a whiskey age in a barrel for an extended period allows the wood of the cask to impart more of its characteristics into the liquid.  It’s generally accepted that this is a good thing, but aging something for too long (especially in a barrel that doesn’t marry well with the whiskey) won’t always produce a desirable end-product.

You should also take into consideration the price, and cost, of the longer-aged whiskey.  Clearly while browsing your local liquor store, you’ll notice that older whiskeys are typically more expensive.  But why is that?  As any business-person could tell you, keeping inventory in your warehouse is expensive.  Now multiply the average shelf time of an average stocked good (let’s say one year) and multiply it by the age of the whiskey.  That’s a pretty considerable investment!

In addition to the cost of holding the inventory, there is also an inevitable loss of liquid during the maturation process – this is known as the “angel’s share”.  I have an old bottle of Glenlivet 18 Year Old that has an interesting anecdote on the back label.  “From time to time a cask is tasted and considered so special that it is left in its dark cellar to rest a little longer.  Its time will come, say the distillers.  This superb whisky was drawn from such casks, after more than eighteen long years.  In this time more than a third of the contents have evaporated – ‘gone to the angels’, say the Scots.”  Not only do those casks remain in the warehouse for eighteen years, but they lose one third of the whiskey without any payment!

I really enjoy Glenlivet 18 Year Old, and to me it is surely a step above the 12 Year Old, but not all whiskey is created equal.  Some young whiskeys will defy the odds and achieve a superior quality despite their youth.  Take Stranahan’s Colorado Whiskey for example.

The main point is, aging is an important part of understanding good whiskey, but not the only factor.  You should determine your preferences based on the taste of what’s in your glass, not the label on the bottle.