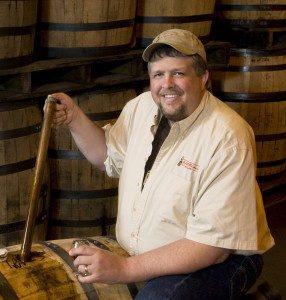 Sometimes life can be unfair, and good people are taken from us far too early.  This is unfortunately what has happened to Truman Cox, who has passed away at age 44.

I had the pleasure of meeting Truman for the first time at Whiskey Fest 2011.  I wrote a post about it and shared an anecdote about a bourbon thief trying to steal a bottle, only to have his plan thwarted by a man “the size of a truck”.  That man happened to be Truman.

The second time I met Truman was at the A. Smith Bowman distillery.  Despite being in the middle of their busiest two weeks of the year, Truman gave me a private tour of the facility without hesitation.  I was blown away by his kindness, knowledge, and overall likability.  He went far and above my expectations to ensure that I got the most out of my tour.

Truman’s passion for the art of distillation certainly shows up in the whiskey he made.  John J. Bowman bourbon is still my #4 rated whiskey (#2 bourbon) and his other expressions are not far behind.

Although I knew Truman far less than many other people, it is quite evident by the number of blog posts, tweets, and Facebook shares that he was loved and respected both in and out of the whiskey community.  My thoughts over the past couple of days have been with his wife and daughter who I hope can find some peace in knowing that Truman touched a lot of people in this world.