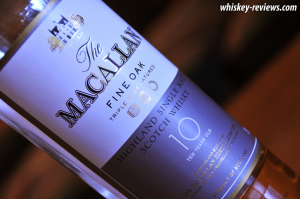 It’s always important to get your facts straight when discussing something that you are passionate about.  Unfortunately, whiskey seems to be one of those topics that most people think they know, but they are way off.  A few weeks back, I posted a little lesson about bourbon.  Like most things labeled “American”, its roots are European, and bourbon has Scotland and Ireland to thank for getting the whiskey movement going.

Unfortunately for us enthusiasts, the origination of whiskey is unknown.  The written word “whiskey” (or whisky) comes from the the term “uisge beatha” which means “water of life“.  This term was later shortened to “uishie” which is where we get our modern day translation.  The Scots claim to have begun the process and the Irish counter that argument relentlessly.  Regardless of who started distilling it and why, the sale or trade of whiskey began in the 15th century.

So, why did it take so long to develop this drink, when wine had been around since before the time of Christ?  And why did it happen in Northwestern Europe of all places?

Geographic areas like the Middle East and Southern Europe have been fermenting grapes into wine for what seems like forever.  The mild-to-hot climate in these areas makes harvesting a non-issue.  Scotland is another story.  Not to be left out, the Scots (or Irish depending on who you ask) began distilling fermented cereals; a mix of ingredients easy to obtain in their climate.  To their surprise, this created a whole new type of end product.

This liquid was not always used for recreational human consumption.  Doctors became very interested in this for its medicinal purposes, both for treating illnesses and preserving organs.  Once the distillers began to understand how to condense the liquids and repeat the distillation process, they quickly discovered that this could be drunk!

Of course, the Scottish government saw a wonderful opportunity to tax this new product, and both legal and illegal whiskey distillation began in the late 17th century.  In some geographic regions, there was one legally licensed distillery for every fifty illegal distilleries!  After a couple centuries of turmoil between the government and the distillers, agreements on taxing were reached, and the industry began to prosper once more.

As an American drinking Scotch, I have to thank Prohibition!  Yes, it sounds counter-intuitive, but hear me out.  Because whiskey-making in the United States and neighboring countries was no longer regulated in any way, the quality of that whiskey suffered tremendously.  Those powerful enough to demand a better product, brought in single malt Scotch.  Although Prohibition was lifted in 1933, we still feel the residual effects as the United States remains a big market for quality Scotch.

There you have it; a very brief, concise history of Scotch and whiskey in general.  Your next lesson will be on the five main Scottish geographic locations; Highlands, Lowlands, Speyside, Islay, and Campbeltown.  Class dismissed!